The process of Activated Sludge

The process of Activated Sludge (AS) treatment has been used across the world  for many years now, to treat both sewage and industrial wastewater. It is actually a biological treatment system and operates both aerobically and anaerobically. The aim is to reduce the ammonia content (by converting it to nitrate and, ultimately, nitrogen), but it also reduces the Biological Oxygen Demand (BOD) through the oxidation of carbonaceous content. It also removes suspended solids and can remove phosphorous where necessary.

It is no surprise to know that many foreign objects get caught up in any wastewater flow, either being deliberately introduced or being added accidentally (an example being stones being  washed into sewers from the roads). These objects must be filtered out of the wastewater flow prior to entering the treatment process if it is to work at maximum efficiency.Settling tanks may also be used to remove further solids from the wastewater.

The very first stage of this biological process happens under aerobic conditions.  Here, the wastewater enters a bioreactor, where it is mixed with the Activated Sludge. This is actually extracted later in the process and returned to the aeration tank later in the process. For start-up of any plant, seeding bacteria are used to initiate the nitrification process.

This stage forms mixed liquor (ML). The bacteria from the AS then uses the highly oxygenated environment within the reactor to convert the ammonia in the influent to nitrite and then to nitrate. The effectiveness and efficiency of the process is affected by various parameters:

The use of blowers can also be used to provide the necessary oxygen to the wastewater treatment, this having a large impact on efficiency. This is important as if only the necessary volume of air is provided, the operational http://www.flomaxbuyonline.com costs can be kept to a minimum, whilst ensuring the efficiency of the plant is optimised.

Since the Dissolved oxygen content of the ML is not stable, it cannot be used to provide the best parameter for controlling the blowers as this control would not react fast enough  to variations in load, which in turn can lead to costly over-aeration, or to failure to comply with discharge limits and / or under-aeration, which in turn results in hydrogen sulphide production. A more accurate method is to monitor the DO, MLSS and influent loading to work out the volume of air required and control the blowers based on the real-time requirements within the plant.

Following the initial aerobic process, the wastewater is sent to the anoxic zone. Here oxygen is limited, forcing the biomass to scavenge oxygen from the nitrate, which converts it to nitrogen and further reduces the organic load.

It is vital to monitor the oxygen level in the anoxic tank and ensure that it is minimised to encourage this reaction to take place.

Following the biological treatment processes of the wastewater, it is very often necessary to remove any phosphorous before discharging the water  toany waterway.

This is required as Phosphorous causes eutrophication of waterways, this resulting in the growth of algae which depletes the oxygen in the water, resulting in an uninhabitable environment, killing fish and other wildlife.

For this reason, the addition of calcium-, aluminium- or iron-based coagulant is used, resulting in the precipitation of the phosphorous. As with the rest of the process, It is important to accurately monitor the wastewater, in this instance for the level of phosphorous in the wastewater. This is important so that only the necessary quantity of coagulant is added, thus optimising efficiency and preventing carryover of chemicals into the discharge.

We should all remember that the treatment of wastewater is necessary for the protection of our environment and that the accurate monitoring of the process is vital. 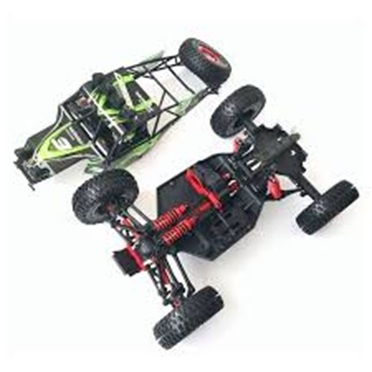 What are the 5 biggest technology trends you must follow in 2021?

How to Use Fashion and Beauty Hashtags on Instagram

Who exactly does Microsoft Windows 11 want to serve with its latest release? Just some things to think on for the moment.